Parishes contracted with those who were willing to make use of pauper labour. The contractor received a sum agreed upon. He fed, clothed, and housed the paupers, and took the profit of their labour 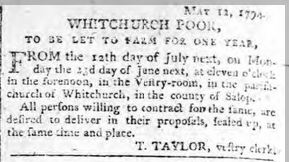 It would appear that the House of Industry had a horse stolen in 1819. It was taken to Nottinghamshire and offered for sale at East Retford Fair. A number of people from Whitchurch attended the court case, reported below, in Nottingham. 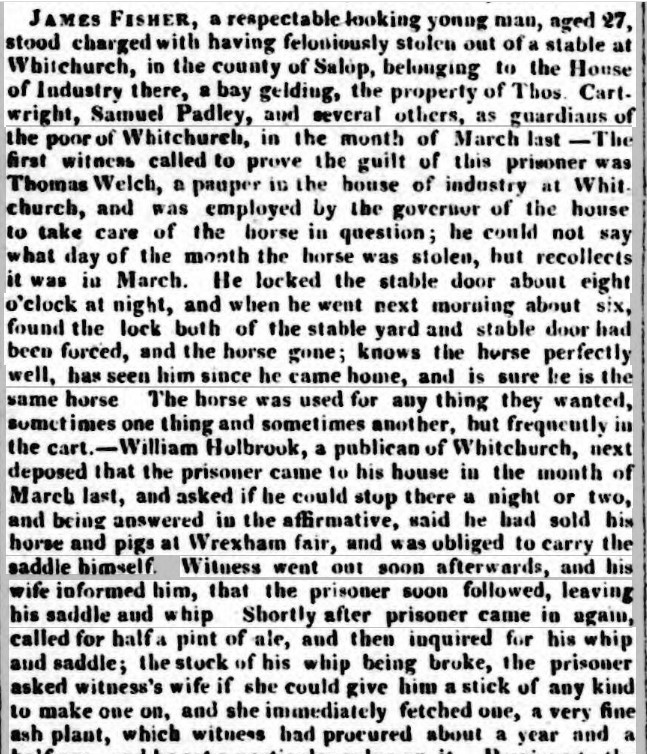 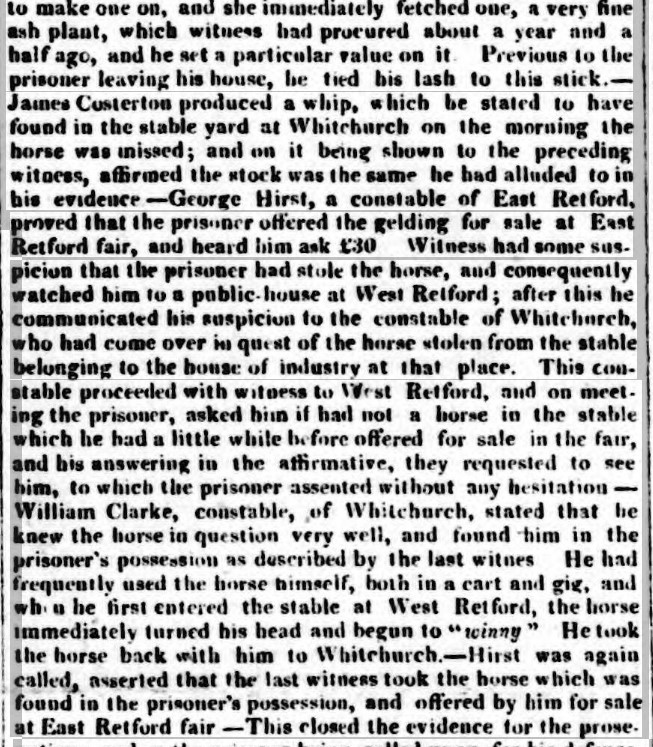 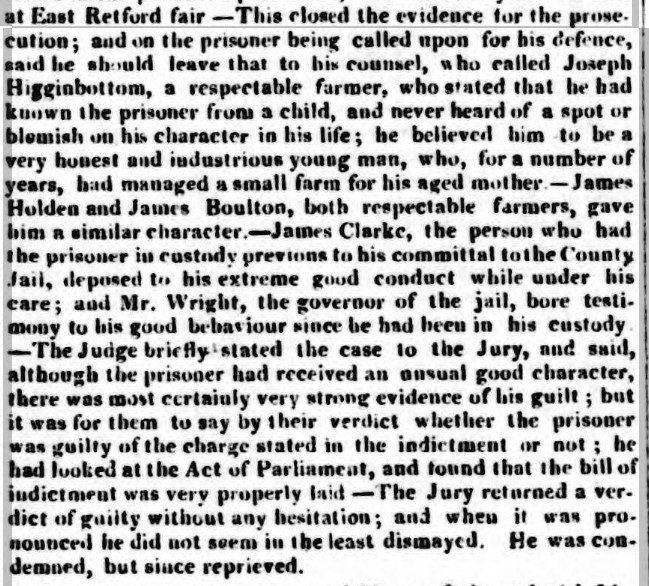 Nine years later this advert appeared in a local newspaper

And again four years later, this time clothing is included in the contract